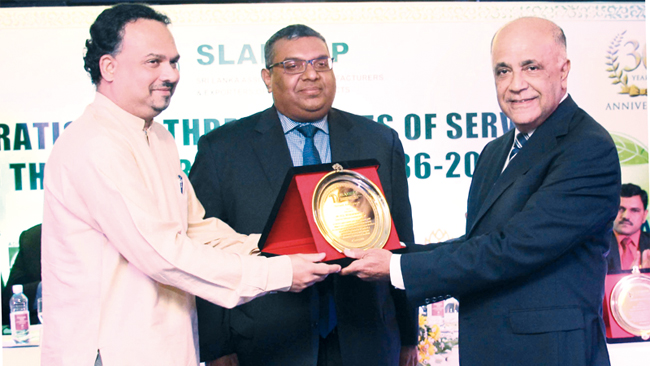 Although Sri Lanka is only at 1% of global rubber production, it is the world’s largest producer of high-quality solid industrial tyres, dominating about 60% of the global market, said Sri Lanka Association Of Manufacturers & Exporters of Rubber Products (SLAMERP) Chairman Prabhash Subasinghe.

Subasinghe expressed these views addressing the 30th Anniversary Celebrations of Rubber Based Equipment Produces and Exporters Society held in Colombo on Thursday.

He said this indicates a great promise and a brighter future for the rubber industry in Sri Lanka.

“With significant value addition in the manufacturing process as well as the vast potential for future investment, this industry in Sri Lanka can be a 10 billion dollar business annually. But we need to be known as a serious player in raw material production, and if Sri Lanka is to attain ‘hub’ status, rubber production overall needs to increase. There is no doubt in my mind that with a focus on niche market specialized rubber products, our country can be a global force in rubber,” he said.

Subasinghe said the rubber industry in Sri Lanka was exporting just under a billion dollars annually, and unfortunately, exports have been on a downward trend since 2011. Year on year exports in 2015 were currently lower by 12.3%.

Subasinghe said the Minister must allow and ensure that the manufacturers in Sri Lanka can import their shortfall of natural rubber so that they can add value and maintain the capacities of their factories.

The Chairman commended Prime Minister Ranil Wickremasinghe for his policy statement which was made in parliament recently, which was a wake-up call to grow exports.

The rubber industry master plan, which is a brain child of The Society of Rubber and the Rubber Secretariat, has been already endorsed by the government. This project based futuristic action program, aimed at laying a foundation for holistic industry development sets a higher standard in stakeholder collaboration. With the new industrial and export era the industry must ensure that all stake holders implement the action plan to reach the goal of 4 billion USD in rubber exports by year 2024.